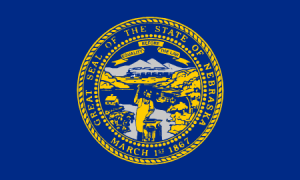 Nebraska is a regional outlier when it comes to gambling, as the local laws are much more stringent than in neighboring Iowa, South Dakota, or Kansas. Legal gambling options in the Cornhusker State are limited to horse race betting (legalized in 1934, off-track betting introduced in 1988), bingo (1958), keno (1985), and lottery games (1992).

Slots and table games aren’t allowed within the borders of the state, and even poker players are forced to enjoy their hobby in out-of-state card rooms. Even worse, this situation isn’t likely to change in the foreseeable future, as the local keno operators have been involved in two recent scandals. In the first case, the keno operator’s employees were accused of stealing $100,000 in 2005.

The second case involved a group of players who took advantage of a glitched keno machine and almost bankrupted a bar in Johnson County in 2015.

According to Nebraska Revised Statutes 28-1101, a person engages in gambling if he or she bets something of value upon the outcome of a future event, which outcome is determined by an element of chance, or upon the outcome of a game, contest, or election, or conducts or participates in any bingo, lottery by the sale of pickle cards, lottery, raffle, gift enterprise, or other scheme not authorized or conducted in accordance with Nebraska regulations. Engaging in any form of unlawful gambling is considered promoting gambling in the second degree if the amount of money wagered on any single day exceeds $300 or promoting gambling in the third degree if there is less money on the line.

Most gambling-related matters are covered by Nebraska Revised Statutes, Section 28-1101 et seq.; 9-201 et seq. and 2-1201 et seq. The minimum gambling age in Nebraska is 18 for horse race betting and bingo, and 19 for lottery games and keno.

Nebraska gambling laws are outdated and somewhat ambiguous. Section 28 of the Nebraska code makes it illegal to participate in games of chance for money or even to promote unlawful gambling operations. Quite obviously, online gambling isn’t mentioned within the regulations. Furthermore,  individual players have to know they’re breaking the law to be punished for taking part in an unlawful game. Consequently, it’d be tough for the state officials to get a conviction after charging someone with illegal gambling if all that person did was playing at an offshore site. As a result, the local authorities have never attempted prosecuting individual players, and most people firmly believe that online gambling is legal within the borders of the state.

Keno is the closest thing Nebraska has to legal casino-style games. According to Nebraska regulations, keno games can be made available in bars, restaurants that serve alcohol, and convenience stores. Nebraska residents who want to play slots or table games have to travel to casinos in neighboring states. Some of the most popular destinations include Council Bluffs, Iowa, and South Dakota.

Playing over the internet is considered a Class II or Class IV misdemeanor, depending on the amount of money wagered per day.

Poker players have it even worse than casino enthusiasts in Nebraska, as they don’t have access to any legal live poker options unless they travel to one of the neighboring states. Online play is also out of the question, as playing on offshore sites constitutes a misdemeanor. On a brighter note, Nebraska residents have unrestricted access to popular social poker sites, such as Zynga Poker.

This status quo isn’t likely to change in the foreseeable future, as the local lawmakers seem to be focused exclusively on sports-related gambling.

Nebraska lawmakers decided to remain on the sidelines when the Supreme Court struck down the federal ban sports betting, and there is currently no push for the legalization of this form of gambling in the Cornhusker State. Thus, Nebraska residents don’t have access to any legal land-based or online sportsbooks. Using offshore sportsbooks is illegal and constitutes a Class II or Class IV misdemeanor.

Horse race betting is available at four local racetracks and one off-track facility. Unfortunately, popular online betting platforms like TVG and TwinSpires aren’t licensed in Nebraska and thus aren’t allowed to offer their services within its state lines.

Nebraska legislators have been trying to regulate paid DFS contests since 2016, but none of the bills have made it to the Governor’s desk. This issue is still being considered in 2019 in the form of bill LB137, but there seems to be no risk that DFS contests will be declared illegal, as the proposed piece of legislation focuses predominantly on registration fees and customer safety.

As it stands, DFS companies such as FanDuel and DraftKings are allowed to operate in a legal grey area. They claim that the contests they offer don’t violate the local prohibition on gambling because they’re based on skill rather than luck. So far, these claims haven’t been challenged by Nebraska Attorney General.

Nebraska Lottery is authorized to offer draw games, such as Powerball, Mega Millions, Lucky for Life, Pick 5, Pick 3, MyDay, and 2by2, as well as scratch games. All tickets have to be purchased from land-based retailers, as the lottery isn’t allowed to sell them online.

Registered charity organizations can host live bingo games, and there are numerous bingo halls located around the state. Unfortunately, Nebraska residents don’t have access to any legal online bingo sites. Playing on offshore platforms constitutes illegal gambling and would likely be classified as a Class II or Class IV misdemeanor, depending on the amount of money wagered by the offender.

What types of gambling are available in Nebraska?

Nebraska used it to be a gambling hotspot in the early 20th century, but the attitude towards gambling changed over the years. Nowadays, the state doesn’t have any commercial casinos, but Class II and Class III games are available in Indian gambling establishments. Nebraska also has a state-run lottery and allows pari-mutuel betting at racetracks and other approved facilities. Charitable gambling is also an option, but the state doesn’t have any regulated iGaming sites.

Unlike New Jersey, Nevada, and Delaware, Nebraska hasn’t introduced any online gambling laws yet. Real money games are regulated by Section 28 of the Nebraska code, but none of those regulations apply specifically to wagers that have been placed over the internet.

Nebraska residents are free to access most offshore gambling sites, including Bovada.

What are the most popular banking options supported by Nebraska -facing sites?

In our opinion, the best way of funding your offshore gambling account is to use a Visa or MasterCard debit or credit card. This method is safe and quite reliable – even if your card is refused, you won’t risk losing any money. The number of available cash out methods is somewhat limited – in most cases, you’ll have to choose between a standard wire transfer and a check by courier.

No, the only iGaming sites Nebraska-based gamblers have access to are offshore operations. Fortunately, most of the reputable offshore sites are downright better than their intrastate counterparts. For example, Bovada is more than capable of giving some of the best Nevada or New Jersey casinos a run for their money when it comes to online play.

Is it likely for Nebraska to regulate online gambling?

There’s absolutely nothing that would indicate that Nebraska is planning to regulate online gambling anytime soon. Consequently, the current situation isn’t very likely to change in the foreseeable future.