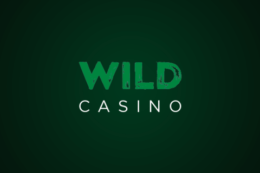 Like many other states in the nation, South Carolina was slowly expanding its gambling industry in the 90s. At one point, local gas stations and convenience stores were operating more than 34,000 video poker machines.

As is often the case, the widespread access to such terminals was opposed by many Church groups and anti-gambling activists. However, unlike in other gambling-friendly states, these groups were able to spark mass hysteria due to a tragic event involving a careless mother whose child suffocated while she was busy playing video poker.

Outraged voters demanded a referendum on whether video poker terminals should remain legal, but the South Carolina Supreme Court ruled that such a referendum would be unconstitutional and ordered all gambling devices to be unplugged by June 30, 2000.

The industry was subsequently dismantled, putting thousands of people out of work. Local gambling proponents never recovered from this staggering defeat, and South Carolina remains almost entirely devoid of legal casino-style gaming options to this day. The only exception is two casino cruise ships owned by the Big M Casino company.

South Carolina regulations are ambiguous about gambling over the internet. The definition of unlawful gambling provided in the South Carolina Code of Laws, Section 16-19-40, states that any person caught playing “(a) any game with cards or dice, (b) any gaming table (…), (c) any roley-poley table, (d) rouge et noir, (e) any faro bank (f) any other table or bank of the same or the like kind under any denomination whatsoever or (g) any machine or device licensed pursuant to Section 12-21-2720” at “any tavern, inn, store for the retailing of spirituous liquors or in any house used as a place of gaming, barn, kitchen, stable or other outhouse, street, highway, open wood, race field or open place” shall be “imprisoned for a period of not over thirty days or fined not over one hundred dollars.”

Online gambling isn’t explicitly mentioned, but players can get in trouble over home games, as established by a 2009 Supreme Court ruling. Also, South Carolina bans playing any games on Sundays. The penalty for breaking this rule is a fine of up to $50, but local authorities don’t tend to enforce it due to its outdated nature.

Ever since South Carolina liquidated its video poker industry, Big M Casino cruises have been the only legal outlet for live gambling within state borders. Big M Casino operates two ships that give their customers access to dozens of slots and several table games, including blackjack, craps, roulette, and 3-card poker.

South Carolina lawmakers haven’t legalized online casinos and aren’t likely to do so in the foreseeable future. According to a 2014 poll, 68% of South Carolina voters are opposed to internet gambling, so any attempt at passing such a bill would be met with significant resistance. As per the Unlawful Internet Gambling Enforcement Act, local companies aren’t allowed to operate casino sites without a state-sanctioned regulatory framework. The legality of playing on offshore sites is open to debate, and we recommend consulting a lawyer before engaging in such activities.

The general prohibition on card games extends to competitive poker, and Big M Casino ships don’t operate any poker games beyond the standard casino-style 3-card variation. Consequently, South Carolina residents who want to participate in live games need to travel to North Carolina, where they can play at Harrah’s Cherokee or Mardi Gras Casino.

South Carolina lawmakers haven’t explicitly legalized online poker, so local businesses aren’t allowed to operate poker sites as per the federal Unlawful Internet Gambling Enforcement Act. The legality of playing on offshore networks is just as ambiguous as the legality of using offshore casino sites, so once again, we recommend consulting a lawyer before joining such platforms.

South Carolina’s Constitution contains a provision that prohibits betting on races and sports. According to the South Carolina Code of Laws, Section 16-19-130, any person that “engages in betting at any race track, pool selling, or bookmaking” can face a fine of up to $1,000 and up to six months in jail.

Introduced in 2017, House Bill No. 3102 was supposed to change the status quo in anticipation of the federal Professional and Amateur Sports Protection Act getting removed from the books. Despite being limited to “betting on professional sports in specified areas,” this bill never made it to the state senate.

In 2016, a DFS bill designated SB 1093 was introduced in the South Carolina Senate. It was immediately referred to the Committee on Banking and Insurance, but it was never voted on. The legislative session closed, and the bill hasn’t been reintroduced – but that doesn’t stop DFS operators from offering their services to South Carolina residents.

Local DFS enthusiasts enjoy access to all major platforms such as FanDuel, DraftKings, and Yahoo DFS. This doesn’t have any bearing on DFS contests’ legality, especially as the Attorney General’s Office hasn’t weighed in on this issue so far.

Founded in 2000, the South Carolina Education Lottery is the Palmetto State’s official lottery. It offers both local and national draw games, including Mega Millions and Powerball. Scratchers and instant win games are also available, but all tickets must be purchased from land-based retailers as the SCEL isn’t allowed to sell its products over the internet.

Bingo is allowed as a form of charitable gambling and is overseen by the Department of Revenue Bingo Licensing and Enforcement Unit. Local bingo enthusiasts don’t have access to any commercial bingo halls or state-sanctioned bingo sites, and the legal status of playing on offshore sites is just as questionable as in the case of casino and poker platforms.

What types of gambling are available in SC?

South Carolina is one of the least gambling-friendly states in the entire country. Regulated gambling within the borders of the state is pretty much limited to the local lottery. The only exception is charitable bingo, but there’s simply no denying the fact that South Carolina doesn’t allow casino-style games, poker, or even pari-mutuel betting. As you’ve probably already guessed, online gambling isn’t regulated there.

South Carolina-based players are free to play on most offshore sites, but we recommend sticking to reputable and trustworthy platforms, such as Bovada.

What are the most popular banking options supported by South Carolina -facing sites?

Visa and MasterCard debit/credit cards are frequently used for deposits to offshore sites with reasonable success rates. Most operators require you to go for a bank wire transfer or check by courier when you cash out. Both payout methods guarantee that your money will go through.

All South Carolina-friendly gambling sites are based outside the US. Unfortunately, South Carolina residents don’t have access to any local sites.

Is it likely for South Carolina to regulate online gambling?

Nope. South Carolina is one of the few states that simply won’t let this happen. 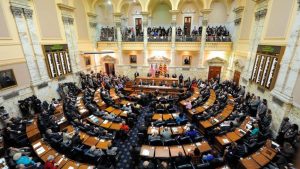 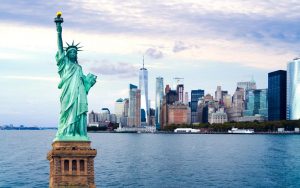 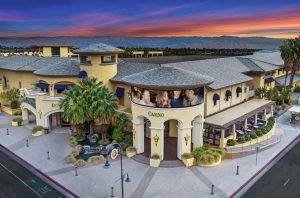 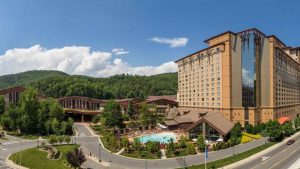