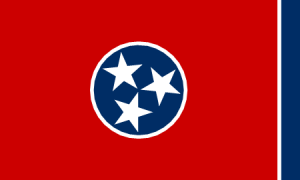 Tennessee is very prohibitive about gambling. A few years ago, the only legal options were the state lottery and charitable gambling in the form of bingo and raffles, but in 2016, local lawmakers legalized paid DFS contests.

The Volunteer State doesn’t house any casinos. The last attempt at legalizing this form of gambling was made in February 2017 by Rep. Larry Miller and was shut down within less than a month in a House committee.

As is often the case with states that are very conservative about gambling, Tennessee laws are very restrictive and very outdated. Consequently, while it is a misdemeanor to engage in unlicensed gambling, the local regulations listed in Section 39 of the Tennessee code never mention the internet or online play. Furthermore, TN authorities have never tried prosecuting a local gambler for using an offshore site to play real money games of chance, which means that it’s impossible to say what the final verdict on this matter would be.

Participating in internet gambling on offshore sites is prosecutable in Tennessee due to the broad nature of the definition of gambling, which constitutes “risking anything of value for a profit whose return is to any degree contingent on chance, not including lawful business transactions.” Engaging in unlawful gambling is a Class C misdemeanor, which means that the offending player could spend up to 30 days in jail and face a fine of up to $500.

At the moment, the odds of Tennessee expanding its online gambling market are virtually non-existent. Judging by the history of the Tennessee Lottery, even if local lawmakers decided to authorize the construction of a brick-and-mortar casino, it would probably take them years to pass any meaningful iGaming legislation.

As mentioned, there are no land-based casinos in Tennessee. Local gambling enthusiasts are forced to drive to Missouri, Illinois, Kentucky, or North Carolina to enjoy legal slots or table games. The situation is even bleaker for people looking to play online, seeing as none of the neighboring states have legalized internet gambling so far. Even playing on social gaming sites such as Zynga or Slotomania can be risky if you participate in a promotion or giveaway – under the current regulations, claiming any prizes can open you up for prosecution.

Poker players are in a similar situation as casino fans. The only way to enjoy the game legally in Tennessee is to participate in social games with no money at stake, such as the ones organized by the Tennessee Poker Tour. The online poker situation is even direr – engaging in online play in a state-sanctioned setting is not possible in Tennessee or any of the neighboring states. Playing on social sites is legal, but you should be careful about claiming any free prizes or participating in giveaways.

Sports betting is completely illegal in Tennessee, and the recent Supreme Court ruling that struck down the 1992 federal ban on this gambling form will certainly not change that anytime soon. Even horse race betting isn’t available as the law that allowed Tennessee residents to engage in this activity was repealed in 2015. If you love sports and would like to participate in sports-related gambling, your best bet is to try paid DFS contests.

Tennessee was the third state to pass favorable DFS regulations and the first state where local legislators overturned a negative Attorney General opinion. In April 2016, Tennessee AG opined that participating in DFS contests within state lines constitutes illegal gambling. However, on April 28, 2016, Gov. Bill Haslam signed a bill legalizing this form of gambling after it received overwhelming approval in both the House (67-17) and the Senate (27-2). The Secretary of State in Tennessee was tasked with overseeing the industry, and operators are now required to pay a $50,000 licensing fee and a 6% tax on revenue generated by Tennessee residents. All high-profile DFS sites, including DraftKings, FanDuel, Fantasy Draft, and Yahoo DFS, are allowed to offer their services to local fans.

Tennessee was among the last states to legalize lottery games. The referendum that decided on this matter passed in November 2002 and the first tickets were sold in January 2004. Since then, the lottery has generated over $15 billion in sales, and about 30% of that money was used to help the local education system. Both single- and multi-state draw games are available, which gives Tennessee residents access to both Powerball and Mega Millions. Licensed lottery retailers are also allowed to offer 14 different Instant Win games. The lottery website serves for information purposes only and is not authorized to sell any tickets online.

Bingo is legal solely as a form of charitable gambling – you won’t find any commercial bingo parlors in Tennessee. Playing on offshore sites is entirely illegal, and there’s no chance for the current status quo to change in the foreseeable future.

Gambling within the borders of Tennessee is regulated by Section 39 of the Tennessee Code. Unlike Nevada or New Jersey, Tennessee doesn’t have any iGaming-specific laws or regulations. This means that Tennessee-based players are free to play on offshore sites without having to worry about any legal consequences.

Yes, online gambling is legal in Tennessee. Playing on offshore sites is safe as long as you stick with reputable iGaming operators, such as Bovada.

Tennessee residents can play on most offshore sites, including all the major poker rooms, casinos, and sportsbooks.

What are the most popular banking options supported by Tennessee -facing sites?

Tennessee-based players and bettors usually deposit via Visa or MasterCard. Still, you have to remember that your card must be cleared for international transactions if you want to use it for gambling-related payments. Most sites will gladly transfer your winnings to your bank account via a standard wire transfer.

No, unfortunately, Tennessee doesn’t have an intrastate online gambling market because of its outdated gambling regulations.

Is it likely for TN to regulate online gambling?

No. Tennessee is very restrictive when it comes to gambling in any shape or form, and this attitude isn’t going to change over the next few years.